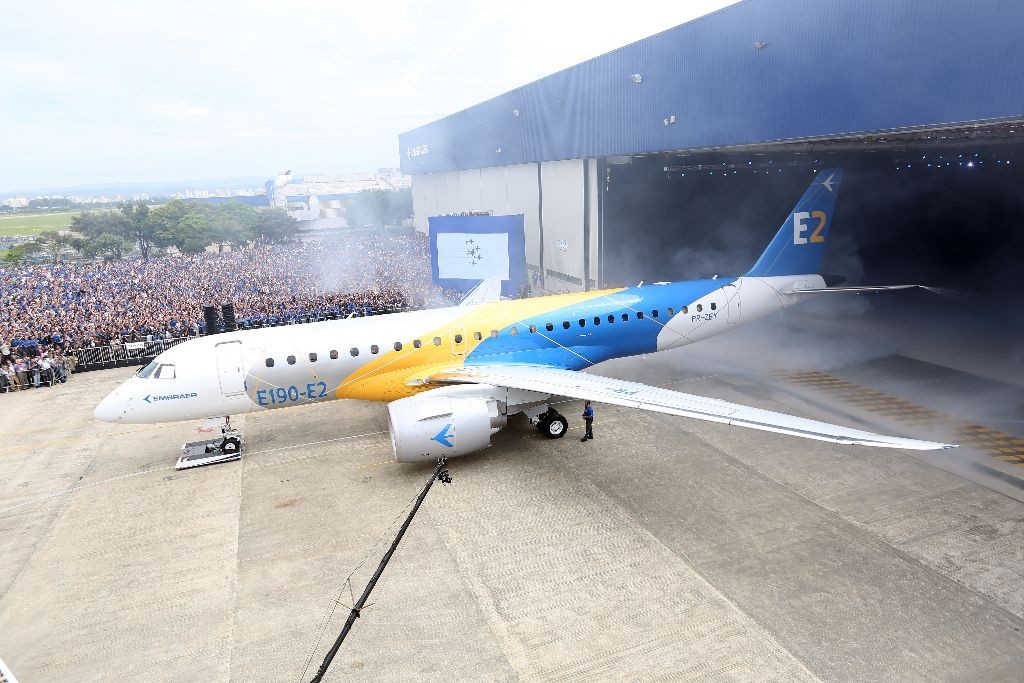 Embraer was already planning to introduce the E-Jet E2 family with two new wing designs, with a new aerofoil planned for the E190/195-E2 and another for the 75-seat-class E175-E2. The latest announcement means that Embraer is developing three different sets of wings, one for each model.

The design changes are not expected to change the entry-into-service schedule in 2019 for the E195-E2 or the budget for the overall programme, which remains fixed at the $1.7 billion estimate announced at programme launch in 2013.

But the changes could make the E195-E2 more attractive to carriers operating to and from high-altitude airports, where lower-density air dramatically reduces the power capability of the high-bypass ratio Pratt & Whitney PW1900 engines. In Denver, for example, the original design of the E195-E2 meant that maximum range declined by 15% compared with the sea-level performance, falling from 2,000nm to 1,700nm.

By adding to the lifting power of the wing with span extension, the E195-E2 can fly up to 1,950nm from Denver. While an aircraft taking off at sea level can fly up to 2,450nm instead of 2,000nm as originally designed, Affonso says.

The extended wingspan will feature raked wingtips, a feature that rules out the distinctive canted winglets found on the original E-Jet series.

The impact of the extension and the raked wingtip on the rest of the design of the wing should be "minimal", Affonso says. But the detailed design requirements will be confirmed as the E195-E2 design is finalised after further simulations and testing, he adds.